#DailyDons: How Do You Feel Attending SAC? 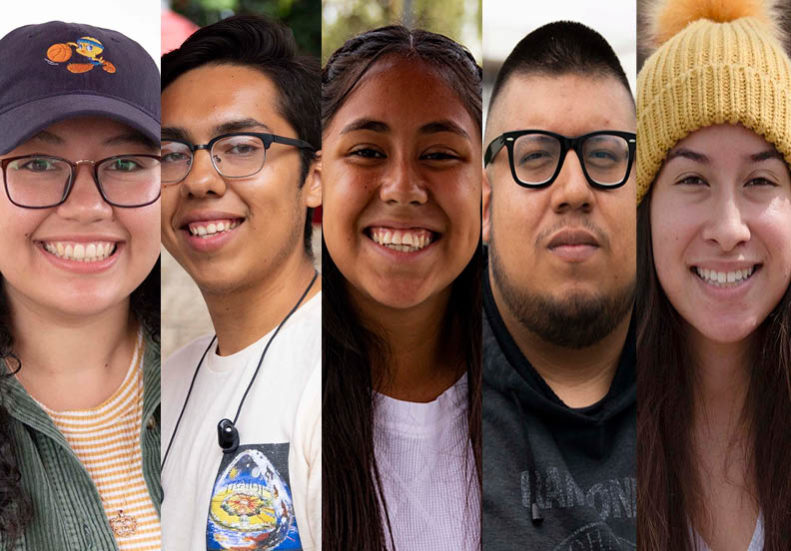 Daily Dons is a series where we talk to students at Santa Ana College. Our goal is to give students a platform to be heard and to share their thoughts and experiences. This week we asked students how they felt about attending a community college.

I am getting the same education and information and knowledge that I would be getting at any college, just for a cheaper price. I do believe [there is a negative stigma on SAC ] because, in every high school that I’ve encountered from being in my own high school, a lot of people would like to downgrade Santa Ana College just because it was a local community college and a lot of teachers would tell you to apply everywhere and keep your grades up so that you don’t end up at Santa Ana College. I was not planning on going to college at all originally. I had a talk with my parents and older siblings and they told me to try attending for the first year and if I liked it, then to make my [decision to continue]. A positive about SAC is that I learned a lot about my personality and interests while attending here faster than I was anticipating. I have already decided twice as to what majors I wanted to be and what major I did not focus on. I have associated myself with multiple people and faculty that have helped me grow as a person that I probably might have not been able to experience or achieve if I would have gone somewhere else. I feel like if we just encourage kids to go to school in general rather than downgrade schools based on their name, that would help a good majority of people in high school or anywhere instead of trying to intimidate them by giving them a label. Labels don’t matter. What matters is what you make of your education and what you get out of it.

When I graduated from high school I didn’t know what at all I wanted to do career-wise and if you didn’t know what you wanted to do my high school would encourage you to go to a UC or Cal State. I didn’t see the point in going to any of those schools if I had no idea what I wanted to do with my career and on top of that SAC is a community college so it’s the cheapest alternative out of all the college campus so there is no reason for me not to come here. I come from Santa Ana and I went to Godinez High school. There they had workshops that would encourage the smartest kids to go to the UC schools. If you had a good GPA they would always tell you to aim for a UC or a Cal State and they never really mentioned a community college as a choice. It was fundamental so they catered a lot more to the “smart kids’. They would push them more instead of pushing the kids who didn’t really like school, the ones that didn’t understand why they needed to go to college. I’ve talked to students that went to UCs and decided that they wanted to come back to sac because they are just taking general ed classes for a way higher price then they could just take at SAC.

No, I actually think it’s [SAC] more benifical it’s your community that you’re comfortable with and not only that you get to meet new people and you get the same education that you would get if you went to a university. There are people that bash other people for attending Santa Ana College only because it’s your supposed to work to go to a university but you get the same education its the same thing basically. You mostly see it in high school when you apply to colleges you talk to your teachers and they always want you to get out of the community but some people just can’t afford it. It’s just more beneficial for them to stay here and then transfer out. It’s a lot cheaper for most people since this is a Hispanic community. Since you are already familiar with the community you not only get to meet other people you can stick around with the ones you met in high school and learn more about your culture. Since it’s my first year I’m trying to still get familiar with the campus, but parking is an issue they could make more parking structures but something I really like about [SAC] is that your teachers get an actual connection with you, sit down and have a conversation and focus on getting to know you took that time to do that.

No, I am not because it’s a better option as far as money goes and it’s still an education. It’s not any easier than a Cal State. It’s still college-level material. I would say it’s not just in Santa Ana it’s just a stigma around community colleges in general. People think it’s where dumb people go or older people go and it’s not like that. It’s still an education it’s still important. In my high school, it was always a joke like ‘I’m going to go to SAC’ or  ‘I’m going to go to a community college’. It was a joke but once we started applying to actual colleges and universities people realized that it’s competitive and expensive they saw it was a good option. It’s not something to be ashamed of or make jokes out of. I really like that there are a lot of opportunities and pathways here. There is always a lot of help offered and the counselors are accessible and in so many different areas for me, I’m a stem major so there’s a MESA program and the math center and it’s always helpful to have places to go to get help. Santa Ana was my first choice because I didn’t have the best grades in high school so either way I was going to come here I did apply to other UCs but I figured I could transfer out after I did my two years.