by R. Nicanor Santana
1131
With the explicitness of her self-portraits, the legacy of painter Frida Kahlo flourishes over half a century after her death. 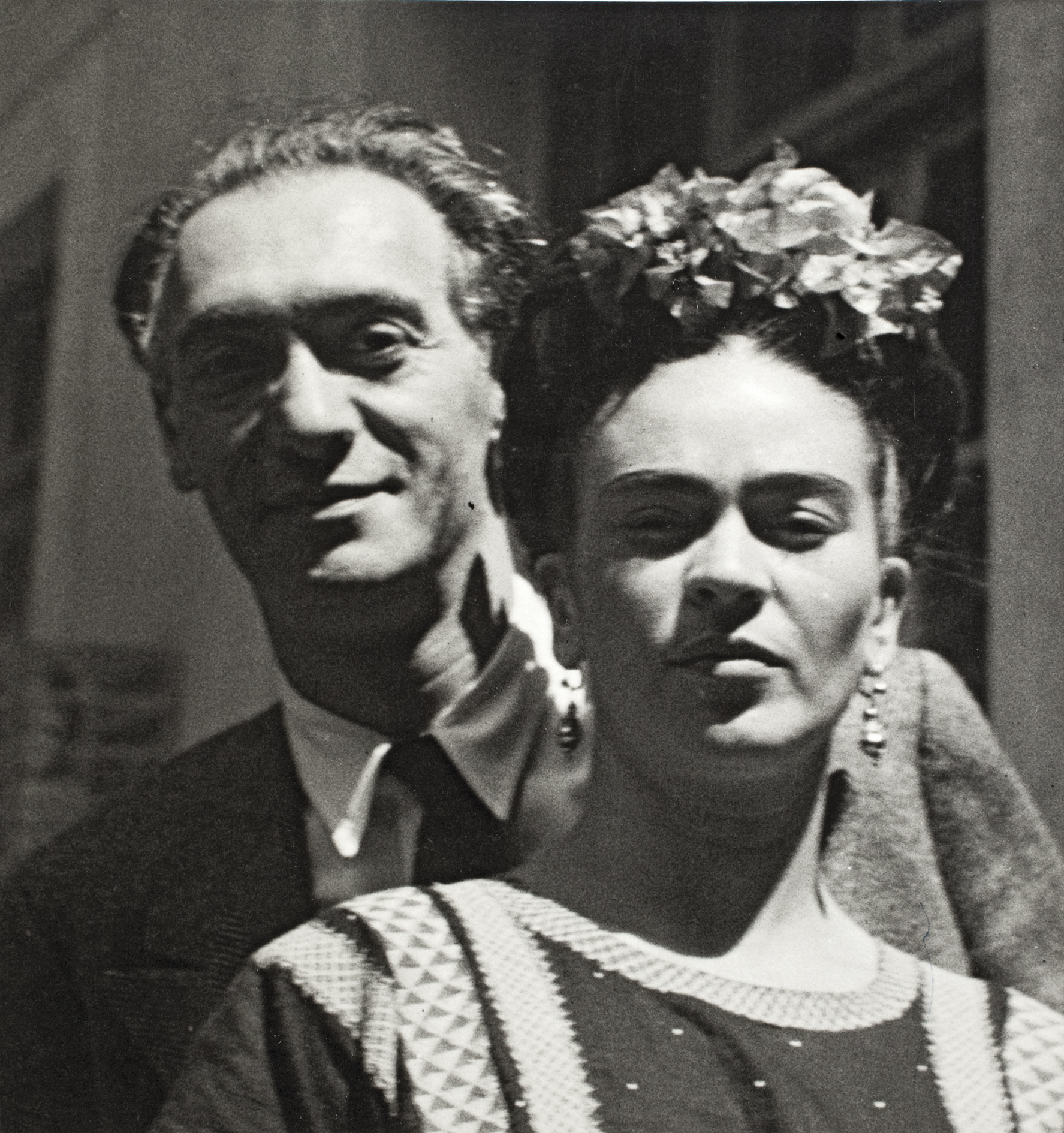 Photo Courtesy of the Bowers Museum and the Frida Kahlo Museum in Mexico
With the explicitness of her self-portraits, the legacy of painter Frida Kahlo flourishes over half a century after her death. She has become a symbol for feminism as well as Mexican pride. The Bowers Museum’s exhibit Frida Kahlo – Her Photos gives insight into her personal life through photos, connecting newer generations to the acclaimed artist.

During Frida’s lifetime, she saved about 6,000 images, both personal and gifts from famous friends. Her Photos is a collection of 241 black and white photos (except two) from her photo album, including images of history, art and nature. Some images are cut and written on, but she kept them nevertheless.

Perhaps the biggest influences on her art were her parents and the Casa Azul, or Blue House, the Mexico City home where she was born on July 6, 1907, and died 53 years later.

Her father, Guillermo Calderon, a professional photographer has the most photos in the exhibit, including self portraits, which inspired Frida’s signature style, and photos of his children.

Some of the most intimate images were captured by Nickolas Muray. The photos of Frida, lying on her bed, painting, in traction, are proof of the constant physical pain she endured due to various surgeries after a trolley accident. Of the 13 photos taken by Muray, 11 are of Frida in position with little space for movement; she looks vulnerable and defenseless but firm and defiant.

The exhibit gives greater insight into Frida’s marriage to Diego Rivera, a famous Mexican muralist. She “adored” Rivera even after causing her immense heartbreak from infidelities, as seen in her painting Diego and I, a self portrait that shows Diego in her forehead and tears falling from her eyes.

“There have been two great accidents in my life. One was the trolley, and the other was Diego. Diego was by far the worst,” said Kahlo.

Although Frida is known for her brutally honest, heartbreaking self-portraits and her vibrant, striking style, her photographs give you a broader understanding of her political views.

Candid photos of the couple in the Caza Azul with famous friends and their travels to the United States in 1938 are included in the exhibit. She often joined Rivera in marches and treasured photos of the Mexican Revolution’s Emiliano Zapata and his soldiers, a crowded Russian Red Square and an assembly line in Detroit.

Frida Kahlo – Her Photos traveled from Mexico City to Santa Ana. Few photos of Frida are familiar, but the collection will increase admiration for the artist Frida Kahlo.