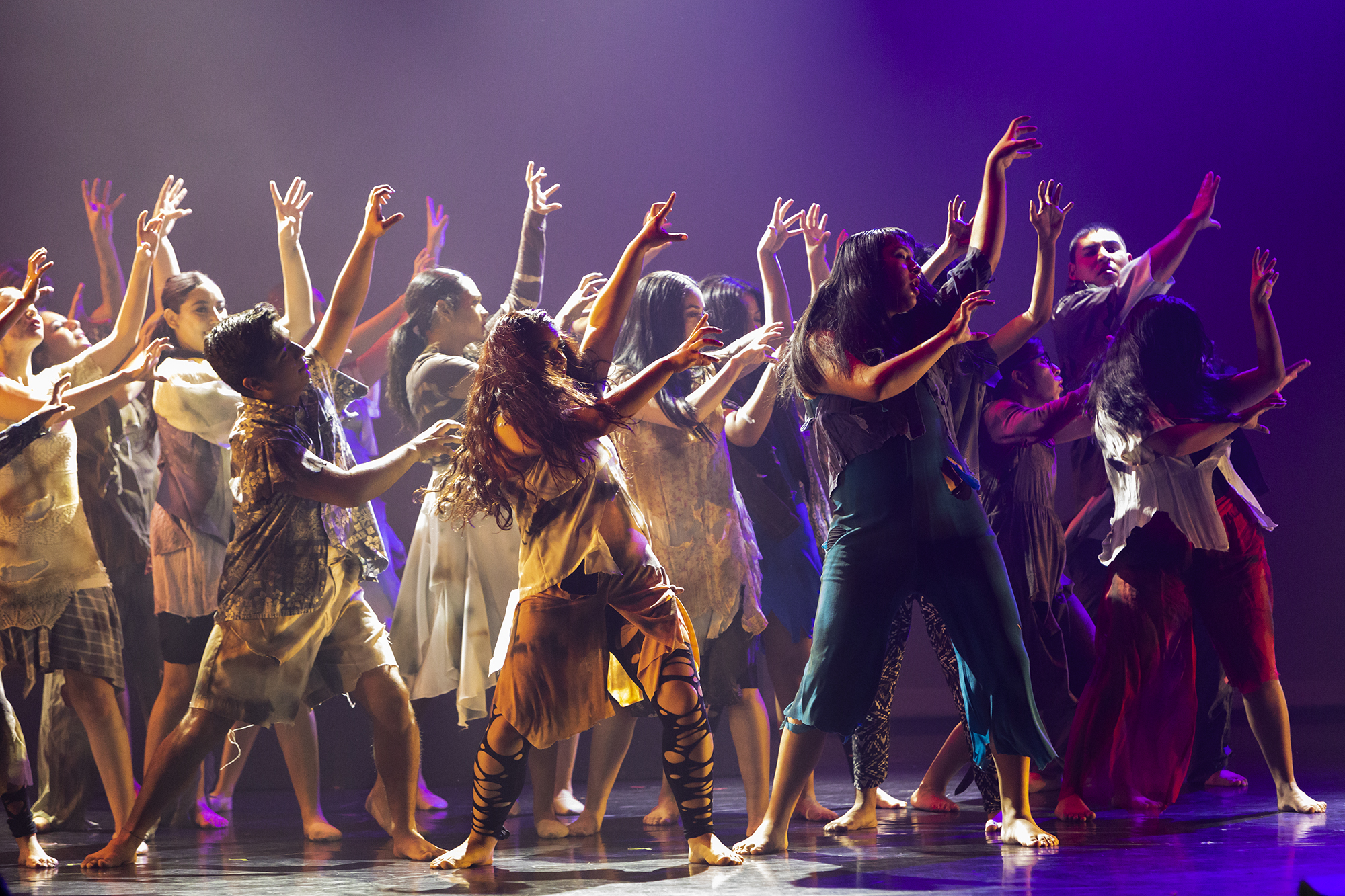 SAC dancers parading across the stage as ghouls in “Thriller” by Michael Jackson. Photo by Dominic Crenshaw

In early November, the SAC dance department presented a Michael Jackson showcase, where SAC dancers were able to display their choreographed talents. This marks the third dance performance after Covid-19 without any restrictions. The ambiance was a variation of upbeat and calm, delivering the meaning behind each song.

Josie Orozco, who is a dance major and minoring in culinary arts was excited to perform again after a few performances with mask on. “The concert where we wore masks, only 6 people were performing, was different than now,” Orozco says. “Since this concert has a huge cast it feels more like a group. It feels better dancing than 2 or 3 people.” With over 24 dance performers they were able to put on a dynamic performance alongside songs by the legend himself.